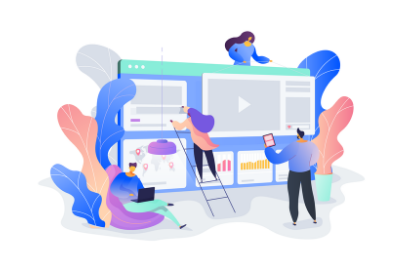 Much ado about apprenticeships

Much ado about apprenticeships

Yesterday morning, employers from across the country piled into Barclay’s Eagle Labs – a chic little meeting spot just off Albert Square – for a busy morning all about apprenticeships.

The event was hosted by the Institute of Directors, IoD, so who better to kick things off than Sharon Amesu – the IoD chair for Greater Manchester. She celebrated Manchester as a great place to live and work – a thriving economy made up of 120,000 businesses. ‘But how do we position ourselves as a world-class region? With events like this.’ she said, ‘That’s why we’ve brought this sterling panel together to share knowledge and be the driver for change.’

Next up was the event chair, Susanna Lawson, CEO of OneFile, who really got the ball rolling. To introduce the concept of apprenticeships, Susanna spoke about her experiences completing both a university degree and a vocational training course. She explained that classroom learning really wasn’t for her, but she fell in love with workplace training and the opportunity it provides for people to progress. And this was the message behind the whole event: celebrating the impact of apprenticeships on productivity, progression and social mobility.

But we're not quite there yet. Susanna highlighted that the apprenticeship standards were launched as a truly employer-led system, and asked the panel if they thought this was true on the ground. The answer was a resounding ‘no’.

Lucy Hunte, national programme manager at Health Education England, spoke about their struggles with standards being rejected by the IfA (Institute for Apprenticeships). She said that if the NHS – the biggest employer in the country – can't get standards through, what hope do smaller businesses have?

Lucy and the other panel members also shared concerns about level 2 English and maths – equivalent to a pass at GCSE – which you need to complete a level 2 apprenticeship. Gemma Marsh, assistant director of skills at Greater Manchester Combined Authority, told the story we hear so often – about young people failing their GCSEs, continually retaking and failing, and becoming disengaged with the entire education system. She said that 12,000 young people every year don’t get a GCSE in English and maths, and many of them never will – so let’s change the baseline.

We need to change how people progress at this lower level to aid social mobility – if not, we’re restricting the recruitment pool and failing so many talented people who would make great employees. Gemma said to do this, employers need to join this conversation too.

There were many nodding heads around the room – including Sandy Lindsay MBE, the founder and chair of Tangerine and Juice Academy. Sandy said that social mobility is what apprenticeships are all about. Before digital and creative apprenticeships were introduced, she hired graduates and her business was made up of white middle-class females. What apprenticeships mean to her is diversity, which is exactly what she needs as the owner of a creative agency – and what every business needs to thrive.

Susanna asked the question on everyone’s lips: how do we connect the dots? Gemma Marsh said it’s about bringing schools and employers together. Young people want to know what skills businesses want, and employers are looking for talent, so it’s a no-brainer. Jade Jones, digital marketing apprentice at the Juice Academy, said that hearing from employers had a big impact on her. She also said that more employers should offer work experience, shadowing or placements to bring young people into their business.

This theme continued in the Q&A section. There was discussion in the audience about recruitment practices. Instead of just replacing the person who left, employers need to think differently about skills and be proactive about planning for the future.

The debate overran, which shows just how engaged employers are in the modern skills discussion – and that there is much ado about apprenticeships.