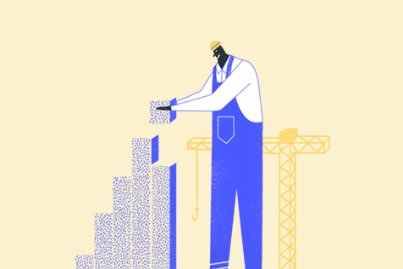 How engineering has changed the world

We’ve chosen our favourite engineering feats – from prosthetics to the internet.

How engineering has changed the world

Engineering is crucial to human development – and it always has been.

Engineers have been wow-ing their contemporaries for thousands of years – breaking new ground, defying the laws of physics, and building inventions that have rocked the world.

From smart cars to space travel; from architecture to antibiotics, engineers have shaped the way our world works – and innovation is at the heart of everything they do. Engineers find innovative solutions to our problems, and as a species we rely on them to come up with creative solutions time and time again.

'Scientists dream of doing great things. Engineers do them.' James A Michener.

1. First up: a dome. But not just any dome – this dome was engineered almost 2,000 years ago, and it's still the largest of its kind today. The Pantheon in Rome was designed by Apollo of Damascus in 120AD, with a giant 43m dome and huge oculus. For centuries, engineers have tried to replicate Apollo's architectural achievement – to create a huge dome whose diameter is exactly equal to its height. The perfectly proportioned dome has influenced architecture for centuries, but it's never been surpassed. The Pantheon's dome was the largest in the world for 1,300 years, and is still the largest unsupported dome today.

2. Our next contender also has roots in the past: prosthetics. One of the oldest examples is a wood and leather prosthetic toe found on a 3,000-year old Egyptian mummy – created by one of the first biomedical engineers. Since then, bioengineering has evolved hugely, and completely transformed modern medicine. Think about surgical devices, MRI scanners, dialysis machines, bionic limbs – all these life-saving technologies have been developed by biomedical engineers.

3. And last but not least: the internet. Out of our top 3, the internet has changed day-to-day life the most. It's the world's largest library, shopping centre, video store and communication channel all rolled into one – and it was created by electrical engineers. The internet has transformed our lives – but even the internet has evolved since the early days. When it was first introduced, the web was used by a few expert coders to transfer data between 2 terminals. Only 40 years later, the internet is the largest computer network in the world, connected to 4 million systems, 70 million users, and a dizzying number of opportunities – all thanks to engineers.

Without extraordinary engineers, the world would be at a standstill. So to keep productivity at an all-time high, we need to provide excellent training, invest in the next generation and inspire innovation. At OneFile, we believe engineering apprenticeships are the answer. They give people from all backgrounds the opportunity to train as an engineer, and work on projects that could change life as we know it...

To find out more about how OneFile can help you deliver engineering apprenticeships, download our free guide.