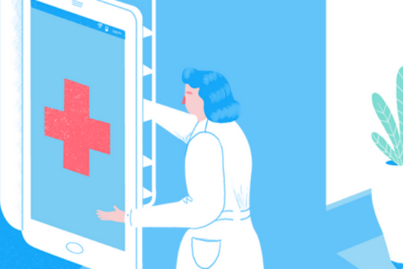 The general election 2017: battle of the NHS budgets

The NHS is a topic of contention, with a general election scheduled for June 8th.

The general election 2017: battle of the NHS budgets

The NHS budget is always in the news.

And with a general election scheduled on June 8th, the NHS is once again a topic of contention. We're only a week into the campaigns, and political pressure is already mounting – and it's starting to get personal. Earlier this week, foreign secretary Boris Johnson accused the Labour leader, Jeremy Corbyn, of being delusional, describing him as a 'mutton-headed old mugwump'. The Tories have also slammed Labour's plans to tackle NHS staff shortages and low pay, saying 'Labour's nonsensical economic policies would put the health service at risk.'

Whatever the result on June 8th, the NHS still needs major reform. Trusts are crumbling under mounting financial pressure and struggling to recruit the highly trained employees they need on the front line. Training staff in-house is a long-term investment, but relying on agency workers is an expensive short-term fix. It's a vicious cycle, and something needs to be done to end the NHS's recruitment crisis.

So what exactly has Labour promised?

This week, the Shadow Health Secretary, Jon Ashworth, announced Labour's plan to completely overhaul NHS funding if they get into power in the summer. He's promised to lift the 1% pay cap for NHS staff, reinstate bursaries for students and midwives, and introduce tougher rules to ensure safe staffing levels in all NHS trusts.

1. Increase wages for over 1 Million Staff

Under the current conservative plans, the 1% pay cap for NHS staff will stay in place until 2020. In the face of rising inflation, this has caused serious understaffing and staff walkouts, which are both huge threats to patient safety. Labour plan to reverse this, using funds from increased corporation tax to increase wages, attract new recruits and increase staffing levels.

Labour has promised to bring in legislation to ensure all trusts maintain safe levels of staffing. This will be a huge undertaking in the beginning and may mean trusts have to increase their use of agency staff. With the right investment in training and recruitment, this will have a positive impact on staff workloads and patient care in the long run.

Labour has also pledged to reintroduce NHS bursaries so student nurses don’t have to pay university tuition fees. They will also continue with the Tories' plan to introduce nursing apprenticeships to give healthcare professionals and new recruits the opportunity to further their career and earn while they learn. Nursing apprenticeships are also a huge opportunity for NHS trusts to upskill their staff, reduce the pressure of their workforce and improve patient care.

NHS apprenticeships are about to change too.

As the UK's largest employer, the NHS has started paying the apprenticeship levy this month, and will contribute over £200 million into the kitty every year. Trusts need to make sure they spend this money on apprenticeship training, otherwise it will be wiped from their DAS account after 24 months.

Download our infographic to find out the facts about NHS apprenticeships – and how much OneFile can help.