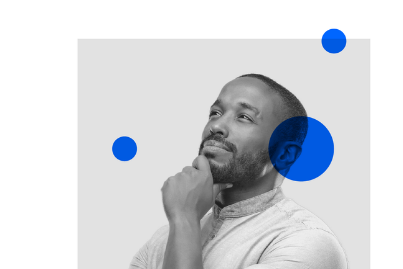 Why was Ofsted introduced?

Osted is the national regulator for all UK education and training – but it wasn’t always this way.

Why was Ofsted introduced?

Osted is the national regulator for all UK education and training – but it wasn't always this way.

To understand why Ofsted was introduced, we need to go back in time... It's 1990, Vanilla Ice is number one, and John Major has replaced Margret Thatcher as Prime Minister. Major calls for a reform of the school inspection system after Thatcher introduced the first national curriculum two years previously.

Under Thatcher, schools were still inspected by Her Majesty's Inspectors (HMIs), but there were concerns about the scale and potential bias of inspections. Major wanted to introduce a more rigorous system that inspected every school every four years. And so Ofsted was born.

In 1992, the common inspection framework was created, thousands of inspectors were hired, and the first inspection took place in 1993. Ofsted was then introduced in all state-funded schools to improve the quality of education across the UK. Ofsted published their reports and shared them with schools, parents and the Government.

After its initial success, Ofsted was rolled out across all daycare and childminders in 2001, and then to all adult learning organisations in 2007. Higher education institutions (HEIs) and universities were not included as they were inspected by the Quality Assurance Agency, and still are today.

By this time, Ofsted was an educational institution – but there was still room for change. Between 2001 and 2005, Ofsted became more flexible and more responsive to individual schools. Instead of following a strict 4-year regime, outstanding and good schools were only inspected every 6 years, satisfactory schools every 3, and inadequate schools were monitored regularly.

The next change came in 2013, when Ofsted reduced the notice given before an inspection to just 2 days. This enabled Ofsted to assess organisations as a whole, rather than on a pre-rehearsed training session, helping inspectors gain a true understanding of how the centre ran on a day-to-day basis. Ofsted published the Common Inspection Framework in 2015 so organisations knew what to expect on inspection day.

Last year was another big year for Ofsted. They received a huge influx of organisations to inspect after the ESFA launched a new Register of Apprenticeship Training Providers (RoATP). This meant thousands of new providers needed to be inspected – and many are still waiting to be inspected now.

The next big change is happening right now. The number of employers delivering apprenticeships as employer-providers is on the up, meaning Ofsted now completes more inspections in business environments. This will be a learning curve for Ofsted, so they'll be gathering feedback over the next few years to update their processes and make their inspections relevant for all businesses.

Ofsted inspections are important for all organisations – whether you're a childminder, school, college or employer. To find out how OneFile can help you prepare for Ofsted and ace your next inspection, download our free guide.