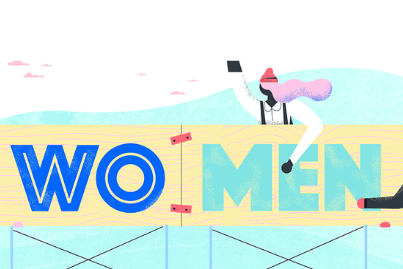 Why aren’t there more UK women in STEM?

Lots has been done to get females into STEM, there’s still a lack of women in the workplace.

Why aren't there more UK women in STEM?

This has been a pressing question for years now – and although lots has been done to get females into STEM subjects, there's still a lack of women in the workplace.

In the past, it was thought that boys were born good at maths, while girls were better at arts and communication – which is simply not true. Although girls' and boys' brains are physically different, there's no evidence that these differences translate into cognitive strengths and weaknesses. Instead, gender stereotypes have bred a lack of self-confidence in girls across the world, and dulled their interest in STEM (science, technology, engineering and maths) subjects from a young age.

Lots has been done to tackle these biases, and over the last few decades the gender gap has narrowed. Today, girls are doing just as well as boys in school, and more female students are taking STEM subjects in secondary school. This trend continues at university too. The UK's Higher Education Statistics Agency shows that 69% of students studying medical technology-related degrees are women. Females are also the majority in anthropology (72%), ophthalmics (69%), anatomy, physiology and pathology (64%) and forensic science (61%). There's still a male majority in other STEM-related subjects, but this shows a clear increase in female STEM students.

The gender gap is closing at schools and universities – it's at career level where we still have a problem. Women make up just 21% of the UK's STEM workforce, and the lowest representations are in engineering and computer science. But why is this?

When you think of STEM workers, you think of a man in a hard hat or a geeky guy behind his computer – which is a problem. This discourages females as they don't want to be marginalised or treated differently in the workplace.

But the fact is, women are treated differently from the very beginning. People around the world have studied STEM recruitment, and have found that male applicants are significantly favoured over female ones – even if they have the same qualifications.

STEM is still a man's world. Men make up the majority of employees in STEM companies, so some women find it hard to fit in or are discriminated against. Women often have smaller offices, are rewarded less, and have lower wages – female software developers earn 20% less than their male counterparts.

All these factors add up to women leaving STEM early in their career – that, and a lack of childcare. Male-driven company policies neglect maternity leave and accessible childcare. Instead, they favour long working hours and irregular shift patterns – especially in research roles. This is starting to change as more staff take advantage of flexi-time or working from home.

Just by reading this, you're making the first steps towards gender equality. It can't be achieved overnight, but there are many things you can do to get more women into STEM careers. To find out how to attract more women into STEM roles – and make sure they stay – download our free guide.