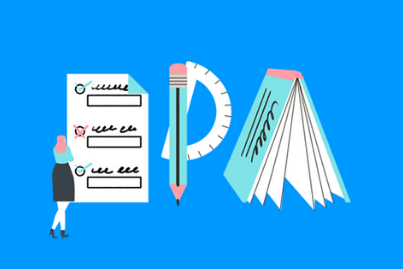 What does independence mean for end-point assessment?

There are certain rules you need to follow around independence.

What does independence mean for end-point assessment?

Learners were guided through their programme by their assessor and IQA, who worked together to ensure that the assessments produced were valid and reliable. Then an EQA from the relevant awarding body quality assured a sample of learners, and hey presto – the apprenticeship was done and dusted.

But old-school assessment and QA have gone out the window, and been replaced by a show-stopping new process: the end-point assessment, or EPA.

The new EPAs should be conducted by an awarding body who assesses the learner and assigns them an overall grade. Organisations can be registered as both apprenticeship providers and end-point assessment organisations (EPAOs) – but they can't deliver both training AND assessment to the same learner. Similarly, the learner's employer isn't allowed to be the EPAO – the new apprenticeship rules see it as a conflict of interest.

So what exactly allows EPAOs to be defined as independent – and how can you choose the right one for your delivery?

Even if an EPAO doesn't appear to have any links with your provider, make sure you know who the actual end-point assessor will be. Even if they're not best pals with anyone at your organisation, the fact that they're the learner's second-cousin-once-removed could count against them, and impact the credibility of the EPA.

All approved EPAOs should have policies in place that mean staff have to disclose potential conflicts of interest, so make sure you're familiar with these processes. That way, you can make them aware if you discover any conflicts of your own. Don't worry! Raising an issue like this won't mean you'll have to find a whole new EPAO to work with – the EPAO can just assign a different assessor to your learner.

All EPAOs must be competent in the standards they want to assess, so that they can grade apprentices accurately and fairly. That means that a lot of EPAOs are also registered as training providers – they can deliver great apprenticeships, as well as assess them. If you're playing both roles, it's really important that you create a clear distinction between the two factions of your delivery. If there's any overlap, you're likely to be compromising your credibility – so keep your training separate from your assessment.

As you can see, there's a lot to think about when you're selecting an EPAO to work with. Download our checklist to find out the key things to look out for when you're partnering up with an EPAO.