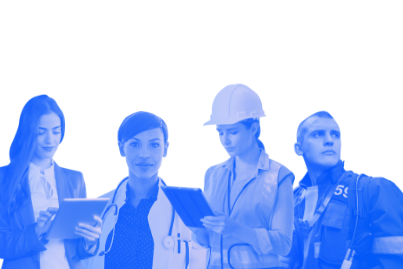 What do apprentices think about the EPA?

We spoke to one of our own apprentices about their EPA experience.

What do apprentices think about the EPA?

There’s been a lot of mixed reviews about the EPA recently.

But instead of listening to gossip, we thought we’d speak to someone who’s been there and got the t-shirt – one of our very own apprentices.

Why did you choose to do an apprenticeship?

I wanted to do an apprenticeship so I could work and learn at the same time. Instead of going to college, I’ve got the equivalent of A levels while working, so that’s great. I also wanted to get commercial experience which is really valuable in the tech industry.

How did you find the new standards compared to the framework?

The standards involved completing 5 projects and a write up to go with each one. Then the EPA was a synoptic project and an interview to prove that I’m competent. I was given the brief for the EPA a week before I had to hand in the project, so it’s a great way to test your skills and prove you can do the job.

I wasn’t the biggest fan of the interview section, only because it feels like an interrogation, but it makes you really evaluate your learning and prove that you have the skills. It also means you get a grade which is great.

Did you find the standard was relevant to what you actually do as your job?

Yeah totally, it’s basically exactly the same. I used 5 developments that I’ve actually made in the software as evidence for my projects. Then I just had to document it all and test it all to prove that I can do it. I just uploaded it to OneFile, sent it off to my assessor and that’s it. Then if I was missing any criteria, I could just do some extra work to achieve them.

Because of the nature of the job, developers are constantly learning all the time, so it was a bit tricky to track everything you’re learning as you go along. If it’s half an hour here and half an hour there, it can be difficult. But at least with OneFile you can add it to your portfolio and it’s just calculated for you.

Was it weird using the software you help develop to record your apprenticeship?

Yeah, it was weird to write about building OneFile in OneFile. They actually had to remove all my live access for confidentiality reasons – but other than that it was great.

How have you found the whole experience?

Overall, I really enjoyed it. It could have been a little more challenging, but it feels great to get the equivalent of a foundation degree. I’m now going to move on to do a degree – hopefully a degree apprenticeship so I can keep earning while I learn. Then I’d love to do a Master’s.

What was the best thing about doing an apprenticeship?

Instead of learning one way of doing something in a classroom, you get to learn from loads of different developers, so you learn about different ways of working. The amount that I’ve learnt in the past 3 years is just phenomenal. I didn’t think I'd ever become a developer, but with apprenticeships I’ve been able to turn my hobby into a career.

Apprenticeships are a great way to boost your skills and earn while you learn. They’re a great option for businesses too – whether they’re looking to recruit new talent or upskill their existing ones. To find out all the benefits of hiring an apprentice, download our free guide.