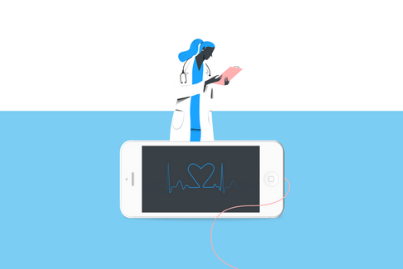 Can technology be the answer to authentic assessments?

Disability assessments have been in the news this week after stories emerged about false evidence.

There's been a lack of mistrust around the benefits system for years – mostly due to benefit fraud. But now inaccurate assessments made by private assessment companies have come to light, which has made the situation worse.

Every month, over 60,000 ill and disabled people are assessed to see how they complete day-to-day tasks. A health professional – such as a nurse or paramedic – visits the person at home to complete a face-to-face assessment that normally lasts between 30 and 90 minutes. The health professional writes up their evidence into a report and sends it to the Department of Work and Pensions, who decide how much disability benefit is awarded.

This sounds like a straightforward process, but recent cases highlight vast inaccuracies made during the assessment process by those assessing. In one case, a lady's assessment stated that she walked her dog daily, when she could barely walk and didn't own a dog.

This week, we also heard the story of Nev Cartwright who secretly filmed his disability assessment after hearing horror stories about other peoples' assessments. He said, 'I was really nervous about it and made the decision to audio record the interview covertly. It was a safeguard – an accurate record of what had taken place.'

And it was a good job he did. In the final report, the assessor said she'd completed a physical exam of Nev's mobility, but in the audio recording, it was obvious that one was never completed. In the recording, you can also hear the assessor carrying out a breathing test and reading out the results. However, in the final report, the readings seem to have doubled from 150 L/min to 300 L/min – making Nev seem much better than he actually was.

Due to this inaccurate report, Nev had his benefits cut, and even had to return his mobility vehicle. Nev took his case to court, and – incredibly – he won. Secret recordings like this are usually banned, and claimants caught secretly recording can have their application rejected. At the moment, the only way claimants can safely record their assessments is with a tamper-proof double recorder – which can cost up to £1,500.

So what's the solution?

The way assessment evidence is recorded and reported clearly needs to change. A simple audio recording using a secure system could fix the problem. In fact, audio recordings are already used across the public and private sectors to record assessments as they increase transparency instantly.

We think audio recordings are the answer – and so does the Department of Work and Pensions. In a statement, a spokesperson said: 'We are committed to continuously improving the experience of our claimants. That's why we are exploring options around recordings to promote greater transparency and trust.'

Find out other methods of increasing transparency and trust in the assessment process here.