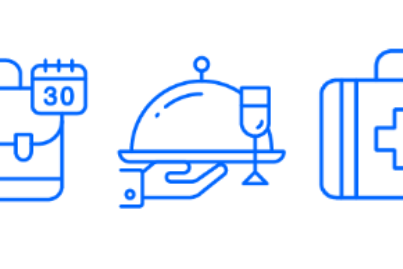 What are the most popular apprenticeship standards?

Apprenticeship starts are expected to rise over the next 12 months.

What are the most popular apprenticeship standards?

Apprenticeship starts are expected to rise over the next 12 months.

After experiencing a slight dip after the apprenticeship levy was introduced last year, starts are expected to rise. Levy paying employers have only spent 8% of the levy funds they paid in – so there's a lot left in the pot to invest in apprenticeships.

With that in mind, training providers should expect an increase in demand – especially from large, levy-paying employers.

Which standards are most popular?

In the 2016/17 financial year, the retailer apprenticeship standard was the most popular with 2,200 starts. This standard is so popular as it can be used to train or upskill a huge range of staff – from warehouse workers to senior management. Retail is also a huge business in the UK, generating over 5% of total GDP and employing 3 million staff. This means retail employers have a massive wage bill, pay a large amount into the levy, and have a lot of funds to spend on apprenticeship training.

The installation / maintenance electrician standard came in second, which is to be expected as the construction industry makes up 8% of the UK economy.

In third place was the team leader / supervisor standard. This level 3 programme is hugely popular as it can be used by all types and sizes of businesses to develop their staff. A huge number of employers were involved in creating the standard – everyone from HMRC and Sainsbury's to Gateshead Council.

As more standards are developed and the old frameworks are phased out, we expect the proportions to shift a little in all industries – including healthcare.

Degree apprenticeships are already causing a stir across the sector, and they're expected to be big news. In fact, higher- and degree-level apprenticeships already make up almost 20% of all starts. Businesses want to harness the huge benefits they bring, and apprentices love that they can get a level 7 qualification without paying student fees. In 2016/17, the most popular standard was the Chartered Management degree apprenticeship, closely followed by the operations / departmental manager course.

Degree apprenticeship are only going to get more popular as more standards are developed. Huge levy payers like the NHS are starting to invest in nursing degree apprenticeships – and huge legal firms and engineering companies will want to spend their levy on highly skilled courses too.

The apprenticeship standards have only been around a few years, so they're still quite new to everyone. So whether you're a training provider or an employer provider, using an eportfolio to deliver standards is the best way to make sure your delivery is effective and quality compliant.