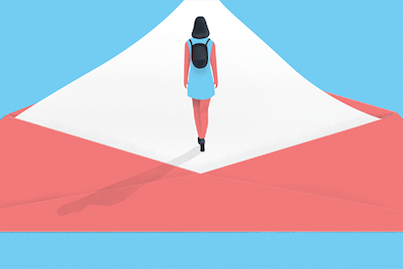 Theresa May announces new plans for grammar schools in England

Theresa May announces new plans for grammar schools in England

It's caused conflict and controversy already, but what could the new education policy mean for UK apprenticeships?

We take a closer look at the last week's news - the facts, the opinions and the concerns.

What are grammar schools?

Grammar schools are state-funded schools that choose their pupils according to the 11 Plus - a national exam taken by children aged 11. Today, there are only 63 grammar schools in England out of over 3,000 state secondaries, 69 grammars in Northern Ireland and none in Wales or Scotland.

What are Theresa May's plans?

In a major speech last week, Theresa May outlined her plan to lift the ban on new grammar schools, allowing more schools to select pupils by academic ability and religion. She's backed her plans with over £50 million promised in funding, and has said universities that want to raise tuition fees for students must also contribute. The selective schools will have to take a minimum proportion of pupils from lower income families, giving children from poorer backgrounds the opportunity to thrive in a high performance environment.

May said, 'The truth is that we already have selection in our school system - and it's selection by house price, selection by wealth. That is simply unfair.'

She argues that areas with good grammar schools have significantly higher house prices, and that some of the most disadvantaged children in the country don't have access to the high level of education wealthier children do.

The plans have already faced strong criticism from several high-profile Conservative back-benchers and the Labour party, who said the plans will 'entrench equality'. The Labour Shadow Education Secretary, Angela Rayner, said her party would unite to fight the plans which would 'segregate children'.

There are strong concerns that schools left without grammar status would offer sub-standard education, and it would be children from the poorest backgrounds that would fall behind. This scenario completely contradicts Theresa May's aim for increased social mobility, and would just make the class gap even bigger.

How will it affect the future?

There are also many concerns about focusing secondary education on academic ability rather than the vocational skills that suit many students. Grammar schools historically encourage higher education at university, and many students may feel pressured to undertake an academic qualification rather than a vocational one. This could have a huge effect on the vocational training sector as a whole, as less students would be introduced into apprenticeships and training courses.

Justine Greening, the Conservative Education Secretary, will put her plans before the House of Commons later today. She's expected to face huge criticism from opposition MPs, but also members of her own party, so we'll just have to wait and see how the next few weeks unfold.

At OneFile, we believe everyone has the right to reach their full potential - whether that's via an apprenticeship or a bachelors degree. To learn more about the value of vocational qualifications first-hand, see what our very own apprentice has to say.