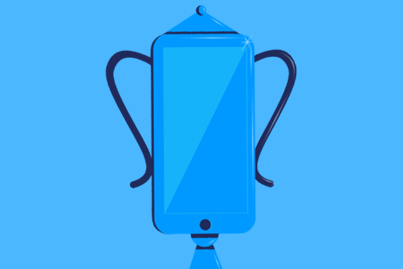 The land of opportunity for apprenticeships

This was the 4th TAEF I’ve been on, and it definitely feels like momentum has shifted up a couple of gears.

The land of opportunity for apprenticeships

Developing innovative apprenticeship programs that connect our economies and establishing an international forum for the exchange of ideas and practices that create lasting partnerships. #MOUKPartnership

Last week, I was in the US for the Transatlantic Apprenticeship Exchange Forum (TAEF). This was the 4th TAEF I’ve been on, and it definitely feels like momentum has shifted up a couple of gears.  This year’s Forum was arranged by AELP – the voice of UK apprenticeships. On Monday evening, we had a roundtable discussion with Paul Champion – a fellow Brit who’s now President of TranZed Apprenticeships in Baltimore. He shared the successes and challenges of running a training provider (or intermediary as they call it in the States). ‘Progress is slower than you would think,’ Paul advised. He also highlighted some of the additional costs you have to consider in the States – such as higher wages, medical insurance and visas.

On Monday we also had some time to explore the sights. Lucy Dunleavy from LearnBox, Chris Quickfall from Cognassist, Simon Bozzoli from LDN Apprentices and I took the more unusual but fun transportation of segways.

The formal events started at the Urban Institute on Tuesday. The great partnership of Bob Lerman and Tom Bewick opened proceedings, introducing the landscape of apprenticeships in the US and the UK. Between them, their knowledge of the 2 countries and passion for apprenticeships really set the precedent for the rest of the trip.

NOCN, who had sponsored the event, and the brilliant Tom Burton followed with a deeper dive into compliance in UK apprenticeships and the new EPA. The American delegates were surprised at the number of organisations overseeing quality in the UK. Jan Richardson-Wilde and Stephen Ram Kissun were also on the trip and did a brilliant job sharing their knowledge of the sector.

Later, I chaired a panel discussing the International Perspectives on the quality of apprenticeships. My guests included Simon Ashworth from AELP – you can read more about it here.

After the event, the delegates jumped on an internal flight to St Louis in Missouri – wow! What a welcome they gave us there! The formidable Mardy Leathers – director for workforce development at the Department of Economic Development, Missouri – had arranged a jam-packed, information-filled agenda of networking opportunities. We were welcomed by his amazing team who supported us for the rest of the trip and treated us like VIPs.

I met Mardy in New Orleans in the back of a hotel taxi 3 years ago.  After staying in contact, I suggested to Mardy that he should come to the UK for a return TAEF event Tom Bewick was running in March. Mardy, Bob and others attended the AAC conference, where they learned more about the UK model and Mardy saw opportunities to support some of the challenges they were facing in Missouri.

During our visit to St Louis, Mardy and his team were launching their commitment to partnering with the UK with the #MOUKpartnership. They introduced us to the Missouri Chamber of Commerce, Senators and Governors. They even had branded scarfs, bags and travel mugs for us.

For our first evening there, the Missouri Chamber of Commerce welcomed us with open arms and invited us to a wonderful event at the Bellerive Country Club – where the 100th US Open was held earlier this year. The CEO of the Chamber flew in from another engagement specially to greet us and then flew straight back. We heard about Missouri’s skills issues – particularly in finance, tech and healthcare. They have too many vacancies and not enough skilled people to fill them – sound familiar?

The following day was an early start. We were on the bus at 6.45am straight to the Cortex – an innovative tech hub. We heard from the innovative people that run the hub, LaunchCode – a coding company based there – and some corporates, including Boeing, about how they were addressing the issue of skills.

Everyone that came – those already mentioned and others including Jacqui Oughton and Paul Willis from Ixion, Barbara Hamilton from City of London Corporation and Dean Fox from Semta – were all able to share information and gain knowledge in return. It was a real exchange of best practice and experience.

In the evening we were invited to an awards ceremony, where Mardy and his team presented awards to individuals and partners who have been proactive and supportive of apprenticeships in Missouri. The final award went to our very own AELP in recognition of the strategic partnership between Missouri and UK providers and suppliers. Everyone that spoke – including former Senator Bond, Steve Oslica, Executive Director of the Hawthorn Foundation, and Mark Sutherland, Vice President of Missouri Partnership – all spoke about their excitement about the Missouri/UK apprenticeship partnership and how they were committed to learning more about how we deliver our programmes. Although apprenticeships won’t be the whole solution, they do see it as really going some way to bridge the gap.

During the awards, the snow started coming down heavily. By the morning, the decision was made to cancel the morning visits because of the weather, so we all headed to the airport. Most people made it out, but 6 of us were stranded for another 24hrs.

Everyone who came left with the same feeling of excitement and opportunity. Missouri is committed to learning from UK providers and developing partnerships with us. We’re hoping to welcome them back over to develop the relationships further.