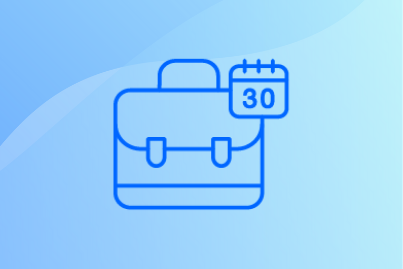 The apprenticeship levy: one year on

When the apprenticeship levy was launched in April 2017, it was met with mixed reviews.

The apprenticeship levy: one year on

When the apprenticeship levy was launched in April 2017, it was met with mixed reviews.

Some companies took umbrage with the idea and dismissed the levy as another business tax. Others saw the apprenticeship levy as a huge opportunity to invest in training and boost their business. As always, there are 2 sides to every story – so one year on, who's right?

No matter what you do, you can’t please everyone. Almost 12 months after the levy was introduced, some companies are still finding the levy hard to navigate, and are still pretty negative about the whole thing. 'The levy is nothing but a tax,' said Sir John Timspon, chairman of high-street cobbler chain Timpson. 'The only way to get money back is a tortuous process.' It's a shame Sir Timpson still feels this way, as he – and all his employees – are missing out on a HUGE opportunity. The levy isn't about getting money back, it’s about helping people and businesses grow.

Nobody likes change, but with a little practice, the levy is easy to access. Employers can log in to their NAS account (National Apprenticeship System) to manage the whole process.

Another complaint that's been raised is a lack of standards, and some employers felt the programmes available were too limited. This teething problem was to be expected, but as more standards are developed, employers will have a wider choice of programmes. Or, employers can design their own standards.

The levy has gone down a treat with employers who are now using their funds to invest in training – either to upskill existing staff or attract talented young recruits.

These companies have really embraced the levy, and completely changed how they approach training. Many companies now have an apprenticeship strategy for the first time, and use training to fill their skills gaps and attract high-quality recruits to their business. In a survey conducted at the end of last year, 76% of business leaders said the apprenticeship levy has had a positive impact on their business.

Some levy-payers have gone one step further and become employer-providers. By bringing training in house, employers have complete control over how training is delivered so they can get the best ROI from their levy.

Everyone's different, so employers need to be flexible and creative in their approach to the levy – rather than writing it off before giving it a chance. Take a look at these guys: Google is using the levy to recruit their next generation of software engineers – while Mishcon de Reya is using their funds to hire accounting apprentices. These companies are using apprenticeships to hire talent and mould the kind of leaders they want driving their business in the future.

Ready to join us in levy-land? See how you can make the most of your levy in 7 simple steps!