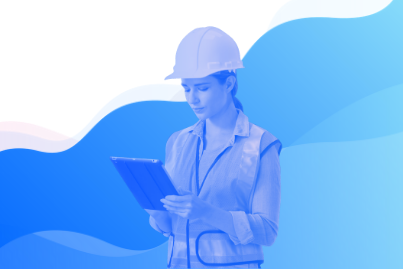 Taste the feeling: Coca-Cola has doubled its apprenticeship starts

Taste the feeling: Coca-Cola has doubled its apprenticeship starts

Coca-Cola has hired apprentices for a while now.

They started with their first ever UK apprentice in 2014, and have since seen their apprenticeship programme go from strength to strength. Coca-Cola now employs over 100 apprentices across their UK sites – more than doubling their starts over the last year.

The person behind Coca-Cola's biggest ever apprenticeship drive is Sharon Blyfield, HR business partner for Coca-Cola European Partners. We met Sharon at App4England's recent Celebration of Women in Apprenticeships conference. She explained that Coca-Cola has had to transform how they view apprenticeships and expand their programme to include sales and business administration.

Sharon said; 'It's a brand-new start for our business. We looked at what skills we need for the future and then how we could bring in young people to fill those opportunities with us.'

She also explained that even for a huge business like Coca-Cola, the apprenticeship levy has been a challenge. Coca-Cola employs over 4,000 staff in the UK and has a large levy fund to spend on apprenticeships, so it's been a big learning curve. Sharon leads Coca-Cola's levy strategy and is investing in apprenticeship training to recruit new staff and upskill existing employees.

'The introduction of the apprenticeship levy has really made us think about the number of new starts we can bring into our business, but we've also thought about how we can use apprenticeships internally for our existing employees. Last September we launched our Leadership and Management programme to really start to upskill the future leaders of our business.'

Coca-Cola's apprenticeship drive has been a huge success. Not only has it helped them recruit and retain top talent, it's helped them attract more people from BAME backgrounds and more female apprentices.

At the App4England, we met 3 of Coca-Cola's female engineering apprentices – Kerry Morgan-Smith, Kody Gledhill and Sophie Paveling. All three women were told they couldn't be engineers when they were younger as they were girls. But instead of taking no for an answer, this gave them the drive they needed to succeed – and they've never looked back. These women are now leading the way for female apprentices. They're showing other women that they can do it – they're the change we need to see in the world of work.

However, we do still have a problem with perception, and companies need to do more to recruit female apprentices. 'We continue to face the same challenge that females tend to go into more traditional programmes. We've had to work really hard to attract females. This year, 2018, we've now got 50:50 female:male, but we still have a lot to do.'

Women still only make up 3% of engineering apprentices. Engineering companies know it's hard, but vital, to attract more women, and progress is being made – just slowly. Sharon explained that Coca-Cola is making an effort to attract more females – through apprenticeships schemes, flexible working and female ambassadors.

To find out how you can use apprenticeships to attract more women into your business, download our free guide.