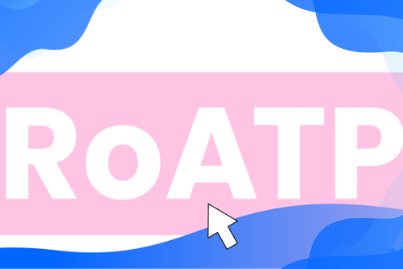 When the RoATP was first introduced, it contained completely different quality requirements to the old ROTO system.

The RoATP has been in hot water since it was first introduced – but it’s finally had a redesign.

When the RoATP was first introduced, it contained completely different quality requirements to the old ROTO system. This meant some companies that had only been incorporated with Companies House for 3 months made it onto the new register – while established colleges failed the new quality system. Other individuals registered multiple companies and made it onto the register.

By October 2017 (halfway through the 3rd application window), the ESFA decided to close the register to public applications and it’s been under review for over a year.

By this time, there were already over 2,000 providers registered to deliver apprenticeships – over double the amount on the old ROTO system. Ofsted was worried about having to inspect so many providers and were awarded £5.5 million from the Department for Education to complete 2-day monitor inspections to all new providers. 1 in 4 providers were awarded ‘insufficient progress’, meaning they can’t deliver apprenticeships until their full Ofsted inspection has been completed within the next 24 months.

The redesign has been very slow, but earlier this week the ESFA finally released RoATP 2.0.

The new RoATP is open for applications on 12th December 2018. There aren’t application windows anymore, providers can apply at any time, but can only apply twice a year.

The redesign is also a complete renew – all providers already registered with RoATP will need to apply again in 2019. The riskiest providers – around 500 organisations with no apprenticeship starts – will have to reapply first. It’s expected that around a third of these at-risk providers won’t make it through the redesigned application process.

Providers now must prove that they’ve been actively trading for 12 months, are financially stable and are able to deliver quality apprenticeships. This is the most significant change. Providers now have to prove what they currently have in place to deliver, rather than what they plan to have if they made it onto the register.

While the redesign tightens control on new providers, more established ones get a little leeway. Providers that have received a grade 1 Ofsted rating in the last 3 years will be exempt from certain quality questions in the application. This will also apply to universities delivering degree apprenticeships.

The RoATP is now open for new providers and the ESFA are starting to invite current providers to reapply. If you're asked to reapply, you must complete your application within the allocated window. if you don't reapply within you allocated slot, you'll be removed from the register – so it's really important you get your application in pronto!

The application can be a little tricky – even if you've applied before – so we've created a step-by-step guide to help you ace your application.