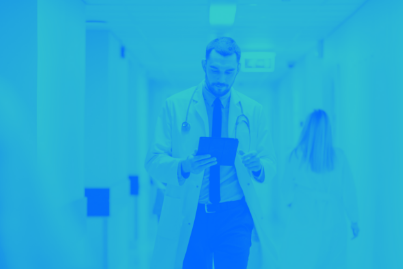 New midwife apprenticeship: the birth of a new route to midwifery

The first midwife degree apprenticeship was launched in January 2020.

New midwife apprenticeship: the birth of a new route into midwifery

The midwife degree apprenticeship was introduced to meet the demand for student midwives by providing an alternative route into the profession. The demand for personalised maternity care is growing, but between 2013 and 2018, the number of applications for midwives in England dropped 35%. This new route is designed to encourage more NHS staff to train to become qualified midwives.

Who can apply to be a midwife apprentice?

The course is on offer to all maternity support workers, or other healthcare workers, employed by the NHS.

Who pays for the apprenticeship?

Unlike midwifery university degrees, midwifery apprentices don’t have to pay their studies. Instead, the NHS trust they work for will pay the university the course fee using their apprenticeship levy. Student midwives won’t accrue any student debt and will be paid to work while they train.

Heather Bower from the University of Greenwich said, “This exciting new programme will offer an alternative route to obtaining an undergraduate degree in midwifery and provide an important incentive for maternity support workers to train to become qualified midwives. Not only will the apprentice be earning a wage, they’ll also be exempt from paying the course fees.”

What does the course cover?

The midwife degree apprenticeship will last four years, and will cover the same content as the traditional three-year Bachelor of Science midwifery degree. Apprentices will split their time between learning on the ward and at university, and complete an end-point assessment to pass their course.

This pilot apprenticeship will change the way midwives are trained in the UK – and if successful, the scheme will be rolled out across the country in the future. There are already plans in place to offer a 21-month degree apprenticeship route for adult nurses who are already registered with the NMC to help even more candidates enrol.

To find out more about using your levy to deliver NHS apprenticeships, download your apprenticeship levy starter pack: NHS edition.