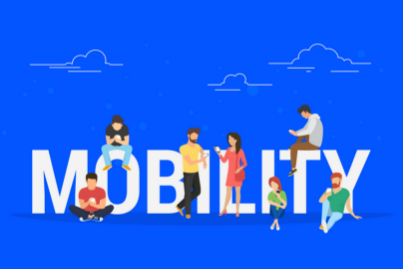 Give everyone the opportunity to study without the financial burden of university fees.

Apprenticeships are fundamental to social mobility.

They level the playing field, giving people from all backgrounds the opportunity to earn while they learn, gain new skills and progress their career. That’s why higher and degree-level apprenticeships were introduced – to give everyone the opportunity to study without the financial burden of university fees.

The problem is, the proof isn’t in the pudding. Degree apprenticeships have been criticised recently for attracting affluent, middle class students – exactly the opposite demographic they were designed to benefit. And at the other end of the spectrum, intermediate apprenticeships have got it in the neck too.

Level 2 apprenticeship starts have fluctuated around 300,000 per year since 2011. But last academic year 2017/18, level 2 starts dropped to 161,390 – the lowest uptake for almost a decade. Some people have blamed the drop on the removal of Functional Skills from the apprenticeship allowance, even though it’s still a mandatory part of the course. Others have blamed large employers for spending their apprenticeship levy on high-level qualifications to upskill staff rather than invest in lower level skills. Others have said it’s a mix of the 2 – it's easier for employers to spend their levy training 1 high-level apprentice than multiple lower-level apprentices who need extra support for Functional Skills.

It’s a complex issue, so we asked some people in the know; ‘What’s the problem with level 2 apprenticeships?’

We spoke to Gemma Marsh, assistant director of skills at Greater Manchester Combined Authority, who said the problem starts with GCSEs. ‘If you come out of school without GCSE maths and English, you just have to retake and retake until you pass. 12,000 people a year don’t get a GCSE in English and maths and many of these people never will – so let’s change the baseline. Let’s make it easier for people to achieve their level 2 functional skills so they have the opportunity to learn more skills and progress their career. The current system is cutting out so many talented people that would make great employees.’

Lucy said; ‘We need to help people build their confidence through Functional Skills. We need to use tech so learning is user-friendly and make examples relevant to job roles – like examples about medication for healthcare professionals. We shouldn’t have people who use maths every day saying that they can’t do maths.

‘If we give these people the confidence to say, “Yes, I can do it”, it’ll completely change their outlook and their careers. These committed people want to give something back, they want to progress, and they’ll make wonderful employees. Progression is key for individuals and it’ll massively help with retention which is a big problem in the NHS.’

We also spoke to Mark Dawe, CEO of AELP, who agreed that it’s a complex issue. He said that changes had to be made to Functional Skills themselves, but that we all have a responsibility to spread the word about the power of apprenticeships and Functional Skills to employers. ‘Functional Skills might be the lowest level and the lowest funded qualification, but it’s the most important for the most vulnerable people in our country. Now that employers are more involved in apprenticeships than ever, we need to get this message across: that they have a part to play in increasing social mobility too.’

Some content providers are making waves in Functional Skills because they're changing how English and maths is being delivered. One of these providers is LearnBox. They produce engaging, interactive videos that cover the full English and maths level 2 curriculum. But their content isn't daunting for learners, it keeps learners engaged and gives them the confidence they need to progress their career. It's why LearnBox has 96% pass rates first time round, and 100% completion rates on second attempt – and it's why OneFile has teamed up with them: because we want to help learners reach their potential.

To find out more about LearnBox and OneFile, download our free guide.