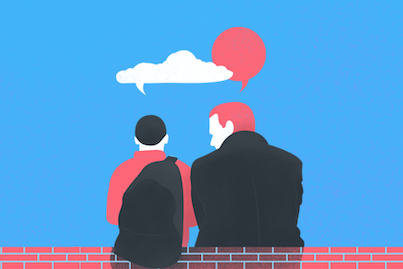 Is the apprenticeship levy still working?

Employers don’t seem in a rush to make the most of their levy funds.

Is the apprenticeship levy still working?

It’s no secret that employers aren’t spending their levy.

Businesses with a wage bill over £3 million have been paying the apprenticeship levy since April 2017. But although they’re handing over hard-earned cash, employers don’t seem in a rush to make the most of their levy funds.

In fact, only 13.7% of the levy has been spent on training – leaving £2.3 billion in the pot. All unspent funds left in employers’ levy accounts are wiped after 24 months, meaning most employers are slowly starting to lose money from their NAS accounts every month.

The apprenticeship levy was a brand-new policy when it was brought in, so this slow start was to be expected. Employers had to get their head around the levy, figure out an apprenticeship strategy, and start the process to hire and train apprentices in their business. It was a huge undertaking, and apprenticeship starts actually fell by 199,100 in one year – from 495,000 starts in 2016/17 academic year to 376,000 in 2017/18.

This decline was attributed to the change in funding system, so the Government made a few policy updates to make the system more flexible. The amount of time given to employers to spend their funds was extended from 18 months to 24, and the levy reallocation limit was increased from 10% to 25%.

This increase in levy allocation marked a big change of heart from the Government. When the levy was first introduced, levy funds couldn’t be transferred between employers. They then relaxed the rules so employers could transfer 10% of their funds, and this has been upped again to 25%. It’s far from the 100% transfers many employers wanted, but it’s a step in the right direction.

Many large employers have taken up the new transfer offer and have shared 25% of their funds with other employers. While this hasn’t made a huge difference on a national scale, it’s having a big impact for many organisations – including North West Ambulance Service. They received a levy transfer from Royal Mail, who were happy to transfer some of their soon-to-be-out-of-date funds as part of their CSR. Here’s what Tracy Fairhurst, Royal Mail talent development manager, had to say about the process: ‘We met to talk through the deal and agreed a way forward. Literally the next day we connected with NWAS on the NAS service, which took the click of a few buttons – the process was simple and it took minutes to do.’

Many other big companies are joining Royal Mail on the feel-good levy-transfer bandwagon – including Manchester City Football Club.

Levy-payers who don’t spend or transfer their funds within 24 months will have the expired funds removed from their NAS accounts. These expired funds are then allocated to SMEs – so either way, the levy is being spent on apprenticeship training.

Whether you’re paying the apprenticeship levy or not, apprenticeships are a great option for businesses. They increase productivity, bring fresh ideas to your business, help develop new skills, increase staff engagement, and improve staff retention rates. If you’re thinking about hiring an apprentice, download your free employer starter pack. It covers everything you need to know about apprenticeships – from recruitment to responsibilities.