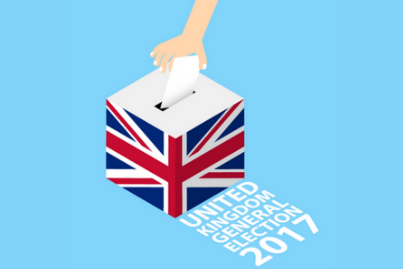 How will the 2017 election affect apprenticeships?

Skills development to help prepare the UK workforce for a post-Brexit Britain.

How will the 2017 election affect apprenticeships?

There will be a general election on 8th June 2017.

The snap election came as a bit of a shock when it was announced by Theresa May a few weeks ago, and has extended the feeling of uncertainty across the country. With Brexit looming in the near future, there are still a lot of issues up in the air. But what effect will the election have on apprenticeships, if any?

At the moment, we don't expect any fundamental changes to apprenticeships as most political parties back the apprenticeship reforms. However, we do expect slight changes to targets and skills development to help prepare the UK workforce for a post-Brexit Britain.

Here's what we can predict so far:

In the election campaigns so far, both UKIP and the Conservatives have promised to reduce net migration into Britain. Tim Farron, the Lib Dem leader, Jonathan Bartley from the Green Party and Jeremy Corbyn have expressed a more relaxed view – but whatever the result on June 8th, immigration and Brexit will have an effect on the future of apprenticeships. As we leave the EU, we may lose a pool of skilled workers too, so there will be a clear focus on developing the skilled people we need to grow as a nation – and apprenticeships will play an important role in this.

Whether the general election brings a change in leadership or not, the next government will probably move the goalposts when it comes to apprenticeship targets. The 2020 pledges are likely to be replaced by new targets up to the end of 2022 – the end of the next parliament. It's impossible to predict whether the ambitious target to 'increase new apprenticeship starts to 3 million by 2020' will be increased, but we expect apprenticeships will remain a key strategy of workforce development.

Large employers started paying into the levy last month and some are even writing standards and delivering training themselves, so they now have a big influence in the world of apprenticeships. They will help drive the quality of apprenticeships as they look to make apprenticeships more relevant and maximise their return on investment.

In the run up to 8th June, we’ll be keeping our ears to the ground to learn more about the future of apprenticeships in the UK. Check out our twitter page for all the latest.