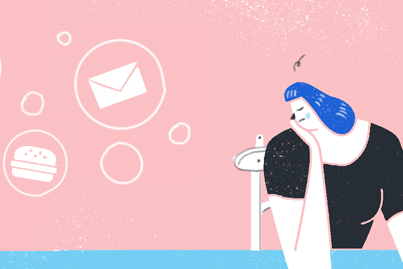 How to stop students procrastinating

What can you do to curb procrastination and keep young people engaged?

How to stop students procrastinating

20% of people identify as 'chronic procrastinators' - someone who procrastinates not only at school or work, but in all areas of their life.

This means they're late to meetings, don't pay bills on time, and always miss out on early bird tickets. Instead of doing what they're supposed to, they fill their time with small activities, social media and emails – leaving important tasks to the last minute. Procrastinators make life more difficult for themselves – so why do people do it?

Why do people procrastinate?

Procrastinators are made, not born – they pick up their habits during their life. Family members who are also procrastinators are a big influence, especially if they're sympathetic to made-up excuses. It can also derive from strict parenting – either as a form of rebellion or from a lack of self-regulation skills. Children who always have to do as they're told don’t learn self-motivational skills, which can lead to procrastination in later life.

This is probably one of the most common reasons for procrastination in schools and colleges. If someone doesn't know how to complete a task, it's much easier to put it off than ask for help and learn a new skill.

Many people leave tasks to the last minute or don't put in 100% because trying really hard and failing is much worse than not trying and still failing. Procrastinators fill their time with small tasks so they have an excuse to fail: 'I didn't have time' or 'I work better under pressure'.

Fear of failure may come from unrealistic expectations that can never be lived up to, so people think 'if I'm going to fail anyway, why should I even try?'.

This may seem obvious as nobody likes doing things they don't enjoy, but there's more to it than that. Most people think they should feel motivated before they start doing a task – but this is a common misconception. Unless you're planning to do something incredibly exciting, true motivation doesn't kick in until you get going and see some progress. When you start to see the fruits of your labour and your end goal is in sight, you'll be more motivated to see the job through.

This is extremely important for young people and millennials. They face more online distractions than any generation, are exposed to extremely high expectations on social media, and need constant reassurance their hard work is paying off.

So what can you do to curb procrastination and keep young people engaged?

That's where OneFile comes in. Our learning and development platform has loads of built-in features to help keep users engaged. Learners can break up large projects into bitesize chunks, and work through each project unit by unit. They can upload photos, videos and audio recordings as evidence of their skills using any device, so there's no boring paperwork or note-taking. Learners can also track their progress as they go along to keep them motivated throughout their training.

'Using OneFile has been remarkable! I especially like that you don't have to submit paper documents, you can attach photos, videos or audio instead. The fact there is an app makes it even better.'

To find out all the ways OneFile can keep your learners engaged - download our free infographic.