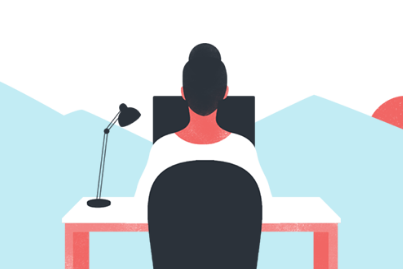 How much apprenticeship levy is left for non-levy payers?

The short answer is: a lot. Employers have only spend 8% of the levy contributions.

How much apprenticeship levy is left for non-levy payers?

Employers across the country have been spending their apprenticeship levy for a year now.

As with all the reforms, the apprenticeship levy was met with mixed reviews when it was first announced. Employers have warmed to the idea a little, but a significant amount (40%) still see the levy as little more than a tax. While this stat may sound pretty negative, only 3% of levy-paying employers actually oppose the levy, and the remaining 37% support the levy in principle, but want to see changes in the future.

Non-levy payers are even more turned off by the levy – 11% actively oppose it – but this is probably because they don't have access to it yet. At the moment, they still have to pay for apprenticeship training upfront, but will be able to dip into the levy pot next year.

So how much levy is left?

The short answer is: a lot. Over 500,000 employers across the UK have been paying the apprenticeship levy for a year now – contributing £1.8 billion. While this is much less than the Government's £2.6 billion prediction, there's actually still a lot left. The Scottish Government has spent their portion (£400 million), but English employers have only withdrawn 8% of what they've paid in (£108 million) – leaving £1.29 billion left in the pot.

But non-levy payers can't assume this money will be around forever. Spending got off to a slow start, but this was to be expected as employers had to find their feet and figure out the best way to spend their levy.

Use it or lose it

After 24 months (after 6th April 2019), the levy funds collected in an employer's account will expire and be allocated to SMEs. If employers continue to spend at this slow pace, they're set to lose up to £139 million a month, so we expect apprenticeship numbers to increase significantly during 2018.

There's a huge range of apprenticeships available – from intermediate level 2 courses to Master's level 7 qualifications. They can be used to train new recruits or upskill existing staff in all kinds of sectors – from business management to beekeeping! Apprenticeships work wonders for businesses and individuals, so it's no wonder 4 in 5 (80%) organisations in England either currently employ apprentices or plan to do so in the future.

It's pretty clear that apprenticeships bring huge benefits to business, and if you pay the apprenticeship levy, training costs are covered. But even if you don't, you can still hire an apprentice now and claim back the costs in April 2019. It's a win-win situation for everyone!

Download our guide to find out everything you need to know about hiring an apprentice – including the responsibilities, benefits, funding and support available.

All data has been taken from The Open University's research 'The Apprenticeship Levy: one year on', April 2018.