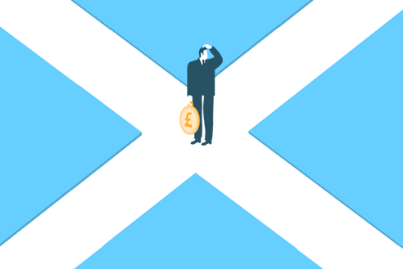 How does the apprenticeship levy work in Scotland?

How does the apprenticeship levy work in Scotland?

The apprenticeship levy was brought in by the English government in April 2017, but it applies to all UK employers. This means Scottish employers with an annual pay bill over £3 million have to pay it – no matter where their workforce is based. This complicates things for companies with employees both sides of the border as they have to use 2 different systems to access the same funds.

In England, levy payments are collected by HMRC and exchanged for online vouchers to be spent on apprenticeship training only. It's a pretty inflexible system, so the UK has developed new apprenticeship standards and high-level courses to make apprenticeships more relevant to industry demands.

Scotland's share of the annual levy pot – estimated at £221 million – is calculated and assigned by the English government. Funds are then distributed to Scottish employers to spend on a range of workplace development programmes. Scotland has adopted a more relaxed approach so Scottish employers can spend their levy on the type of training that's right for them – whether it's labelled an apprenticeship or not.

Jamie Hepburn, Scottish Minister for Training and Employability, backed up this decision; 'We have involved employers in every step of the process and kept them fully informed in our discussions because we want to make sure they feel the benefits of the levy, and don't just see it as an unnecessary financial burden.'

The worry with this approach is that the Scottish levy could become a bit of a free-for-all, as employers are under no obligation to spend their funds on apprenticeships. The other issue is that Scottish employers who do want to spend their levy on apprenticeships don't have much choice, and could outsource their training to English providers. This would be bad news for Scottish Modern Apprenticeships and the economy, so to combat this, Jamie Hepburn launched a £10 million Flexible Workplace Development Fund last year. The fund gives Scottish levy-paying employers access to up to £10,000 of college provision each. Funds will be allocated directly to colleges who can then work with local employers to train staff and close their skills gap.

This means Scottish employers have a huge amount of freedom when it comes to spending their apprenticeship levy. They can use the funds for:

The apprenticeship levy was imposed on Scotland without consultation, so this level of flexibility will help the Scottish government make the levy work for them.

It's still a little confusing for Scottish employers, and especially for companies with sites both sides of the border.

A lot has changed in Scotland when it comes to apprenticeships, so to help clear things up, we've created an A-Z of Scottish apprenticeships. It covers everything you need to know about delivering, hiring and funding apprenticeships in Scotland – and you can download it and print it off to share with your staff.