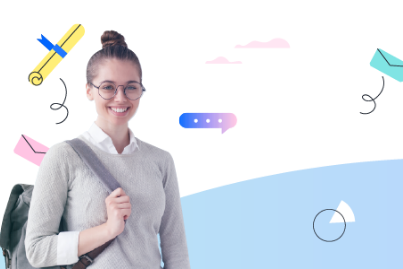 How can providers impact careers advice at school?

How can providers impact careers advice at school?

Careers advice has been one-sided for a long time.

Schools have always used grades and university places to measure success, so careers advice was often biased in favour of university. Students weren’t aware of all the options available to them, and weren’t given the personal guidance they need.

To combat this, the Baker Clause was introduced on 2nd January 2018 as part of the Technical and FE Act 2017. The new legislation stated all schools must open their doors to vocational training and apprenticeship providers so they can advertise their courses to students. The plan was to increase the variety of career options explained to young people and help change the perception of vocational training. But it hasn’t quite worked out this way.

When the Baker Clause was introduced, schools weren’t pleased. They were worried about facilitating visits from providers and concerned that FE would reduce the number of students progressing to university. Even Lord Baker himself – who proposed the clause – said it was likely to be ‘met with great hostility in every school in the country’. And he wasn’t wrong. In a survey commissioned by the Department for Education, AELP found that some schools are still unaware of the new requirements, and others are just choosing to ignore the law entirely. AELP boss Mark Dawe said, ‘Just as concerning are reports of cases where even if providers are allowed access, they can only talk to the lower-ability pupils about apprenticeships.’

This is a clear breach of the law, and a worrying return to an old-fashioned, closeminded view of apprenticeships. The skills minister, Anne Milton, is not happy and has urged any providers who have problems accessing schools to report their experiences to her directly.

The Baker Clause was supposed to be the new way for providers to impact careers advice in schools, it just hasn’t had the momentum we all hoped for. But there are things providers can do. We ran a short Twitter survey to find out the best place for young people to learn about career opportunities. 31% of respondents said careers advice, 6% said adverts and a whopping 63% said social media – and we agree. Young people love social media, so it’s a great place to grab their attention and spread the word about the different types of career opportunities FE can bring.

Social media is second nature to teenagers, but it might not be quite so straightforward for providers. To help you navigate the world of Twitter, Facebook, Instagram and Snapchat (what’s that?), we’ve put together a social media guide. It explains how to gain followers, attract attention online and show young people that FE could be the right path for them.