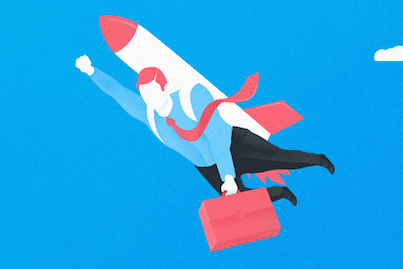 Get ready for the levy

Government policy is changing all the time, so we’ve separated the fact from the fiction to tell you everything you need to know about the levy.

Get ready for the levy

The new apprenticeship funding reforms have been popping up in the news for months... but how much do you know about the levy?

Government policy is changing all the time, so our experts have separated the fact from the fiction to tell you everything you need to know about the levy.

The apprenticeship levy : how it will work

On April 6th 2017, the way the government funds apprenticeships in England is changing. According to their annual wage bill, it's estimated that 2% of employers will now be required to contribute towards the investment in apprenticeships via a levy.

The money businesses pay towards the levy will be collected into a digital account, and the funds can then be used to pay for training and assessment for apprentices in England.

Who will pay the levy?

All employers in any sector with a pay bill of more than £3 million a year will have to pay the levy. The levy will be charged at 0.5% of your annual wage bill, but you will have an allowance of £15,000 per year to offset the amount you must pay.

All employers who pay the levy will also receive a 10% top-up from the government each month, paid into their digital account.

Funds expire if they're not used after 18 months.

You will pay the levy to HMRC each month through PAYE.

The government predicts 2% of all businesses in the UK will have to pay the levy - but what does this 2% look like? Read our exclusive breakdown to find out.

What happens if I don't pay the levy?

If you don't pay the levy, you won't have to use the Digital Apprenticeship Service (DAS) until 2018.

Instead, you'll be asked to make a contribution to the cost of your apprentice's training, and the government will pay the rest. This is called co-investment. You'll pay this directly to the training provider and be able to spread the cost throughout the apprenticeship.

It has been proposed that the employer will pay 10% and the government will contribute 90%. This will be confirmed in October 2016.

How the levy will affect your business:

Whether you pay the levy or not, the apprenticeship funding reforms will have a big impact for companies across the country.

- choose the framework, training provider and assessment organisation for your apprentice

- see the funds you have available to spend on training

- pay a fixed amount for training according to your wage bill

- set the price you have agreed with a training provider

Next year, there is going to be a big shakedown of how apprenticeship funding in England works - from the levy to the new trailblazer standards, there's a lot to get your head around. At OneFile, we're getting stuck in to clear everything up for you.

If you'd like to find out more about the apprenticeship reforms, sign up to our free webinars here.