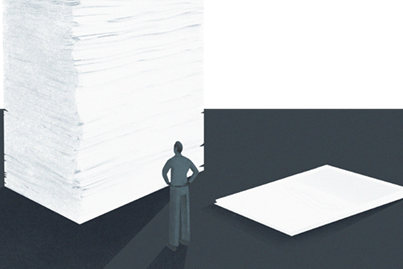 The new apprenticeship standards are slicker, smarter and smaller than their predecessors – and there are loads of subtle differences.

Meet the new generation of apprenticeship frameworks – the new standards.

The new apprenticeship standards are slicker, smarter and smaller than their predecessors – but some people are still finding them difficult to understand. The standards include some major differences – like the new end-point assessment and grading system – plus, they're condensed onto 2 sides of A4. There are loads of subtle differences in how they're designed and delivered too that can be hard to get your head around.

So why were they introduced?

The standards were introduced as part of the UK Government's major apprenticeship reforms. The reforms were designed to generate apprenticeship funding, increase the number of starts, and give employers more control. The new standards put power in the hands of the employer as they're involved in both the design and delivery of the new standards. Employers can also apply to be an employer-provider to deliver their own apprenticeship training.

What are the main differences?

Frameworks were designed by a group of organisations relevant to the apprenticeship. The new standards are designed by groups of employers to ensure the KSBs included in the course are relevant to a specific occupation. Employers can design their own standards, and deliver the training in house.

The old frameworks are extensive documents that contain all the criteria apprentices have to meet. They're lengthy, but they're what many training providers and assessors are used to. In comparison, the new standards are short, concise, and don't contain individual criteria. Instead, they just outline the overall KSBs required and must fit onto 2 sides of A4 in size 12 font.

Apprentices on the old frameworks were continually assessed throughout their qualification. The new standards include a range of on-programme assessments, including an EPA (end-point assessment).

The new apprenticeship standards are now graded according to the apprentice's performance in their EPA. Learners aren't graded by assessors or tutors; the EPA must be delivered by an independent registered apprentice assessment organisation (AAO).

As you can see, some of the differences are glaringly obvious, while others are more subtle. This can be confusing, especially if you're the one delivering the new standards. To help clear things up, we've created a handy guide that compares the two – from how they're designed to how they're delivered.

Or jump straight in! Find out how OneFile's eportfolio has been specifically designed to support the new standards.