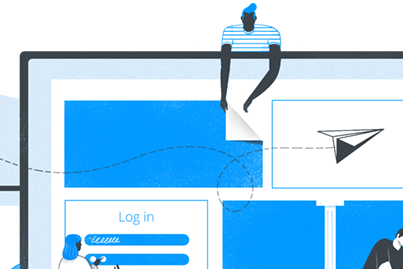 Eportfolios for doctors promote lifelong learning by encouraging doctors to reflect on their own experiences.

Junior doctors are the heroes of the NHS, undertaking many thankless roles with mounting pressure, added bureaucracy and ever-increasing hours.

But is it all getting too much? Over the past few months, junior doctors across England have called multiple sessions of industrial action in a bid to block the new government-imposed contract. They've called the longer hours and lower pay 'unsafe and unsustainable', and have taken the radical decision to leave their patients and strike on the streets.

This week, the group Justice for Health has accused Health Secretary Jeremy Hunt of acting outside his powers and have taken the case to the High Court.

The medics are arguing that the new contract - which is due to be rolled out in October 2016 - is both unlawful and dangerous.

One junior doctor, Dr White, said: 'The Department of Health said there was a very high risk trying to bring in seven-day services without the required investment and staffing. The doctors and nurses on the frontline are already saying "this is not going to be safe"'.

No-one knows how the hearing will unfold, but to help reduce the workload for trainee doctors, there are many things NHS Trusts can do.

Many trainee doctors think an eportfolio is going to add even more work to their already hectic schedules - but that's simply not the case!

Eportfolios for doctors promote lifelong learning by encouraging doctors to reflect on their own experiences, their clinical competencies and the needs of their patients. This makes day-to-day duties easier, but also helps trainees progress their career.

Reflecting on procedures that haven't gone to plan is a vital part of training to become an effective physician. And the more you put in, the more you get out - so it's vital to have an accessible portfolio to use throughout the day.

Whether you're specialising in surgery or radiology, you can document your skills in an eportfolio. Unlike a paper-based system, you can upload videos, patient reports, thank you cards, audio recordings and photographs - anything that demonstrates your commitment to the speciality.

3. Preparing for an interview

The last thing you want to do before an interview is scramble around for lost paperwork. With an eportfolio, you can store all your important documents as you go along in one place.

Being a trainee doctor is all about learning new skills, and with an eportfolio you can set objectives, track your progress and identify areas to improve over the next week.

Now, we're not suggesting an eportfolio is going to solve the junior doctor debate, but it may ease some of their struggles. We've summarised all the major benefits and time-saving features of the OneFile eportfolio into this simple guide.