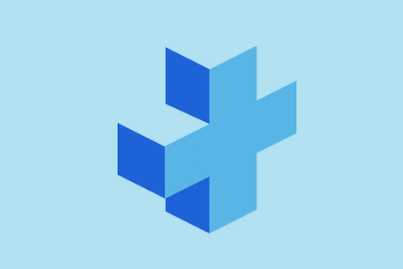 5,200 degree-level courses are being funded.

Last year, the Government announced students will be able to start degree-level nursing apprenticeships from September 2017.

This move to apprenticeships comes in a bid to tackle the current NHS staffing crisis, and meet the Government's ambitious target to increase the number of apprentices in the NHS to 2.3% of the workforce by 2020. The Government has pledged £4.5 million of funding for 5,200 new degree-level courses that will launch across four universities later this year.

They'll be available at the universities of Derby, Gloucestershire, Greenwich and Sunderland, and be regulated by the NMC.

The nursing apprenticeships are designed to get more high-quality staff into nursing.

But there's a little more to it than that.

We look at the five main reasons behind the Government's move to apprenticeships – and the benefits they bring.

Last year, the Government committed to increasing the number of apprentices in the public sector to 2.3% of the workforce. The new nursing apprenticeship will have a significant impact on this target, and help more people from diverse backgrounds get into the profession.

The NHS is under considerable pressure, and has been for some time. The nursing apprenticeship is designed to tackle the NHS staffing crisis by encouraging more people to become a nurse. It targets  top healthcare assistants who may not have the qualifications they need to do a nursing degree at university to train on the job instead. It means staff won't have to leave their role to study, and it will encourage more people to become a nurse too – it's a win-win!

The new nursing apprenticeship is designed to give more people the opportunity to become a nurse. UK Health Secretary, Jeremy Hunt, said: 'Nurses are the lifeblood of our NHS, but the routes to a nursing degree currently shut out some of the most caring, compassionate staff in our country.'

Trainee nurses won't need A levels to apply. They'll be able to learn on the job and gain a degree-level qualification at the end of their course.

The nursing apprenticeship comes at the same time as the Government plans to scrap funding for student nurses. This will save the NHS money previously spent on university fees, as they can spend their levy funds to pay for on-the-job training instead.

As the UK's largest employer, the NHS has started paying the apprenticeship levy this month, and will contribute over £200 million into the kitty every year. Trusts need to make sure they spend this money on training high-quality staff, otherwise it will be wiped from their DAS account after 24 months.

Download our infographic to find out the facts about NHS apprenticeships, and how much OneFile can help.