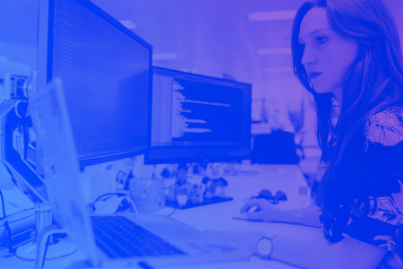 Budget 2021: how will the announcement affect FE and skills?

The budget includes various initiatives that impact apprenticeships and traineeships.

Budget 2021: how will the announcement affect FE and skills?

The chancellor, Rishi Sunak, delivered the spring budget this week. He announced several changes to support businesses – such as an extension to the furlough scheme. He also confirmed a number of new investments for the FE and skills sector, saying that ‘protecting, creating and supporting jobs is my highest priority.’

Technical education and vocational training were a major feature in the budget. Here are the key announcements and how they will affect FE:

The employer incentives for hiring apprentices have been extended and increased

The current employer bonus for hiring apprentices (£2,000 for taking on an apprentice aged 16-24, and £1,500 for apprentices aged 25 and over) was set to end in April, but the scheme has now been extended 6 months until September 2021.

The incentive has also been increased to £3,000, regardless of the apprentice’s age – meaning all employers that hire a new apprentice between April 1st 2021 and 30th September 2021 receive £3,000 per apprentice. This incentive is in addition to the existing £1,000 payment the Government provides for all new 16–18-year-old apprentices, and those aged 25 and under with an Education, Health and Care plan.

This means some employers could qualify for up to £4,000 for hiring an apprentice, which is a fantastic incentive. This bonus, added to many companies’ requirement to recruit and upskill staff after lockdown, will encourage employers to hire apprentices sooner rather than later.

An additional £126 million for traineeships

The Government will provide an additional £126 million to create more traineeships – high-quality work placements and training for 16- to 24-year olds. This is hoped to attract 40,000 traineeship starts next year across all sectors.

The employer incentive that was announced in July 2020 is still in place, meaning employers can claim £1,000 for each trainee they take on, up to 10 trainees per company.

Traineeships are a great way for employers to develop their talent pipeline, gain some extra resource in the team, and trial potential recruits before offering them an apprenticeship or position.

The Government will introduce a £7 million fund from July 2021 to help employers in England set up and expand portable apprenticeships. This will enable people who need to work across multiple projects with different employers, such as in the TV and film industries, to ‘benefit from the high quality long-term training that apprenticeships provide.’

Portable apprenticeships are expected to be a great option for people starting a career in the creative industries. They’ll also benefit employers in the same sector who will have the opportunity to work with a diverse range of talented apprentices and develop their own pipeline. Employers will be asked to bring forward proposals, and the Creative Industries Council will also be asked to contribute.

As with many of the Government’s plans to Build Back Better, the spring budget is full of hope for the FE and skills sector. The schemes cover both apprenticeships to traineeships, and provide financial incentives for employers to invest in skills development sooner rather than later. Hopefully it’ll provide the boost to starts the sector so sorely needs.

If you’re a training provider delivering apprenticeships or traineeships, book a demo with a member of our team to see how OneFile can support your delivery.