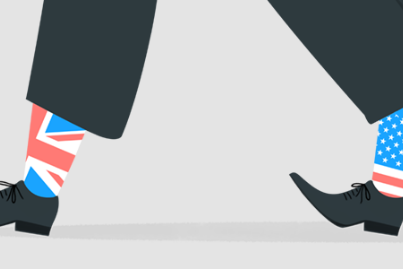 UK shares apprenticeship success with US

To expand apprenticeship opportunities, Maryland will be getting some help from the UK.

UK shares apprenticeship success with the US

Urban Institute expert, Robert I. Lerman, shares his view on apprenticeships in the USA and how England's success in vocational training is shaping the decisions being made in the US today.

Maryland teams up with England to expand apprenticeships

To expand apprenticeship opportunities for its residents, Maryland will be getting some help from across the pond. The Children’s Guild in Maryland is partnering with several training providers in England (including OneFile) who have had success expanding and improving apprenticeships in a wide range of occupations - from information technology and engineering to accounting and customer service.

Bringing apprenticeships to scale will dramatically expand the opportunities for the Maryland youth and will help Maryland employers fill their staffing needs with skilled workers.

Branded as the Maryland Apprenticeship Service, the initiative developed under the auspices of the Transatlantic Apprenticeship Exchange Forum, which began at an Urban Institute event, cosponsored by New Work Training last October.

What can England teach us about apprenticeships?

England’s private training providers and public further education colleges (similar to US community colleges) market apprenticeships to employers, oversee the structured work-based learning, and deliver classroom instruction related to the apprentice occupation. These organizations have played a critical role in stimulating the massive growth of apprenticeships in England from 53,000 in 1990 to 871,000 in 2014 and 2015.

England is taking several new steps to expand and upgrade the quality of apprenticeships and to meet Prime Minister David Cameron’s goal of creating three million apprenticeships by 2020. For example, England’s government is imposing a fee on large employers to fund apprenticeships and mandating that apprentices make up over 2 percent of workers in public services.

Although public funding for apprenticeships remains small in the United States compared to the funding in England, the recent increases indicate renewed interest in apprenticeships by policymakers. Maryland’s partnership with England is yet another hopeful sign.

Written by Robert I. Lerman.