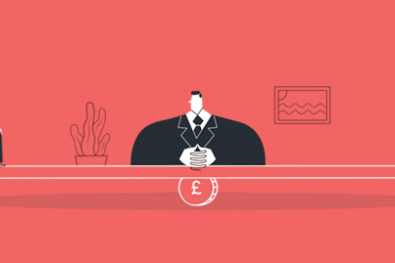 2% of employers are set to pay the levy

2% of all employers have to pay the levy – how does that breakdown?

The apprenticeship reforms have impacted a huge number of businesses and employees across England.

The government has stated that 2% of all employers now have to pay the levy – but how does that breakdown?

Our co-founder and Director, Susanna Lawson, contacted Robert Halfon, Minister for Apprentices and Skills, and through the Freedom of Information Act was able to obtain some data about what this ‘2% of employers’ looks like.

Businesses with a payroll of over £3million have to pay a monthly levy to fund their in-house apprentices. Smaller organisations still have to pay towards their apprenticeships – co-investing 10% of the cost, and the Government pays the remaining 90%.
From the new standards to the apprenticeship levy, a lot of major changes happened to apprenticeships in 2017.

At OneFile, we’re always at the forefront of innovation, so one of our directors, Susanna Lawson, took it upon herself to find out the facts.

The levy came into action on April 2017, but most businesses don’t know how the reforms have impacted their business and their budget – or if they're affected at all!

This 1.3% is expected to generate £2,675 million towards apprenticeships every year.

43% of businesses who have to pay the levy are SMEs. That’s 8,120 out of the 19,000 employers projected to be hit with the funding reform, contributing 90 million pounds to the pot. That’s only a fraction of the levy bill.

The rest of the employers, around 10,000 businesses, provide the other 81% of the levy bill.

There's a big divide in the amount of levy paid by different sectors too. The top contributors are the education and human health and social work activities sectors, paying £385 million and £360 million respectively.

Levy-paying employers can choose how they spend their levy and which apprenticeships they register their employees on via the National Apprenticeship Service (NAS). It's predicted the majority of apprenticeships delivered will be higher level – level 4 or above – as businesses are likely to invest their levy in existing members of staff as well as training new recruits.

One massive impact will be to the subsequent change to higher education funding. Traditionally, employees with a university degree were not granted any funding towards an apprenticeship, but now they are – provided it's a complete retrain.

For more information on how OneFile can support employers with their levy, please email [email protected] or phone 0161 638 3876.

Or to see how OneFile can help you manage all the apprenticeship reforms – from off-the-job training to end-point assessment, download our free guide. We'll explain each reform in detail and show you around the OneFile system.