What better place to put a Queen's Award-winning eportfolio to use than at Buckingham Palace?

To millennials, jobs like Blacksmithing, Wax-Chandling and Coachmaking may seem left in the darkened ginnels of Victorian Britain. But to the apprentices learning the trades with the Livery Companies, they contribute to today's society more than ever.

The City of London has always prospered from the work carried out by the Livery Companies – bodies of tradesmen and women who represent their crafts, from traditional trades like Fishmongery and Haberdashery, to modern enterprises like arts scholarship and Hackney Carriage driving. For over five centuries, the City has relied on these Companies – and their apprentices – to sustain its reputation as a leading hub in international business.

Brexit means it's imperative that London remains central on the global stage. And LCAS – the Livery Companies Apprenticeship Scheme – is recognising the value of vocational skills that has been rediscovered in recent years. It aligns the traditional approach to apprenticeships - established in London back in the 12th century – with modern vocational learning. Together with OneFile – the Queen's Award-winning eportfolio recognised for innovation – LCAS is combining tradition with technology to facilitate the Livery Companies' role in modern skills development, and bring their trades into the 21st century.

And what better place to put a Queen's Award-winning eportfolio to use than at Buckingham Palace? 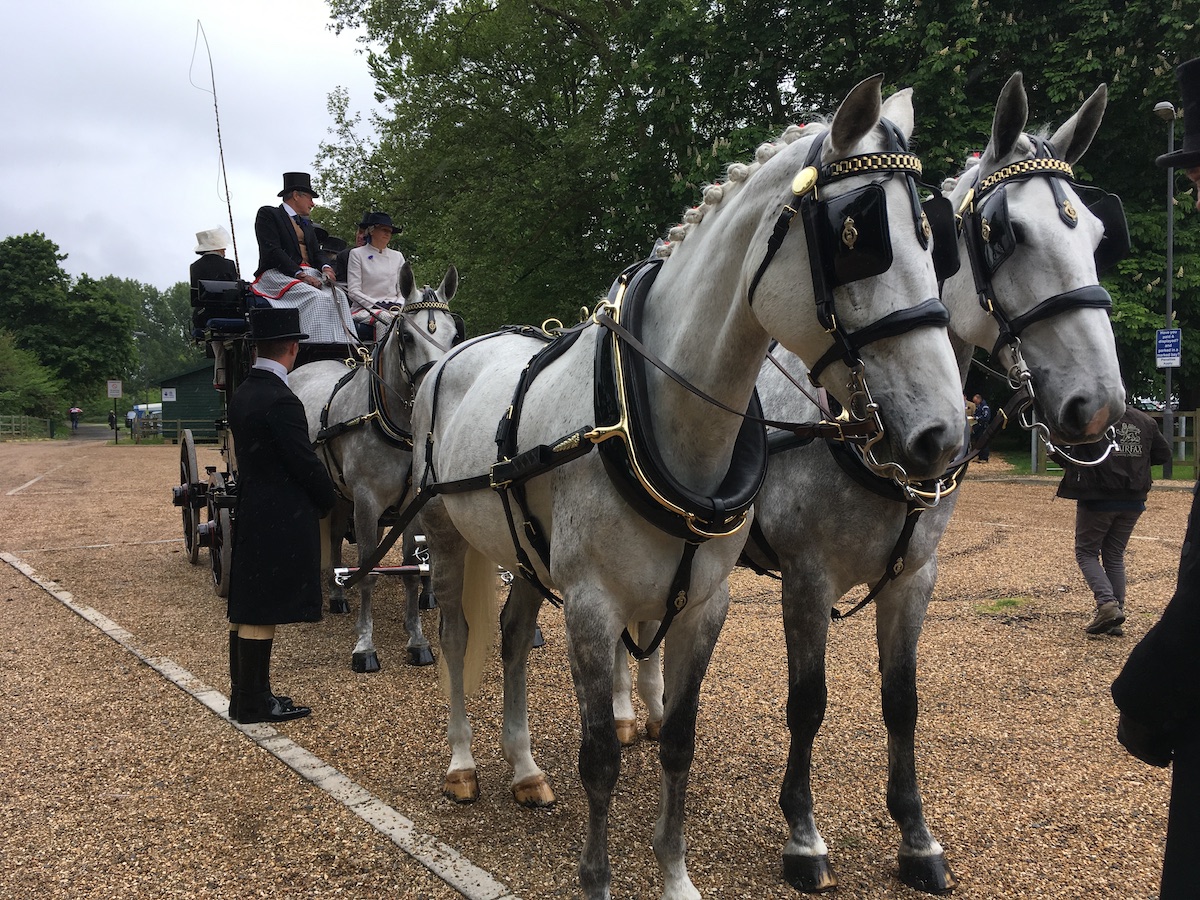 At the heart of the work carried out by the Coachmakers Livery Company is the maintenance of ornate carriages for the royal family – and apprentice Kirsty Thomson is using OneFile to complete her Coachmakers' and Coach Harness Makers' apprenticeship at the Royal Mews, Buckingham Palace.

"The Royal Mews has its own community, and can sometimes feel like it's in a world of its own," Kirsty explains. "It's very different to anywhere else with the amount and scale of specialist work. There's always something different coming into the workshop that provides a new challenge."

Kirsty is an award-winner herself, having achieved 7 prizes at the National Saddlery Awards in 2017, following an exciting journey into the world of apprenticeships.

"I did a two year saddlery course which involved making bridles, saddles and harnesses. Towards the end, the Worshipful Company of Coachmakers and Coach Harness Makers approached the college, looking for an apprentice to the Harness Makers and the Carriage Restorers at The Royal Mews," says Kirsty. "The harness-making side of the apprenticeship appealed to me because of my interests, but the carriage restoration would be a new challenge. With an apprenticeship you're gaining experience and knowledge in a working environment while you're still learning."

From Harness-Making to Bee-Farming, many LCAS apprenticeships demand strong practical skills. With OneFile, it's easy for apprentices to record practical evidence on the job, offline, using simple snap-and-sync technology. Importantly for LCAS, it's easy to use for all parties.

"We needed a cloud-based system to manage all aspects of teaching support, monitoring and assessing our apprentices," says Jo Mabbutt, the LCAS project coordinator. "We also needed it to allow apprentices to record their work and to enable its inspection by employers, mentors, assessors and other interested parties. OneFile is robust - we can monitor apprentices, manage workloads, monitor progress and assess remotely around the country and link up users and staff."

"I like the ease of navigation and the clear layout of OneFile," says Kirsty. "You can upload pictures which is easier than trying to explain with words - the best part is it's all online and there's no physical paperwork to lose!" 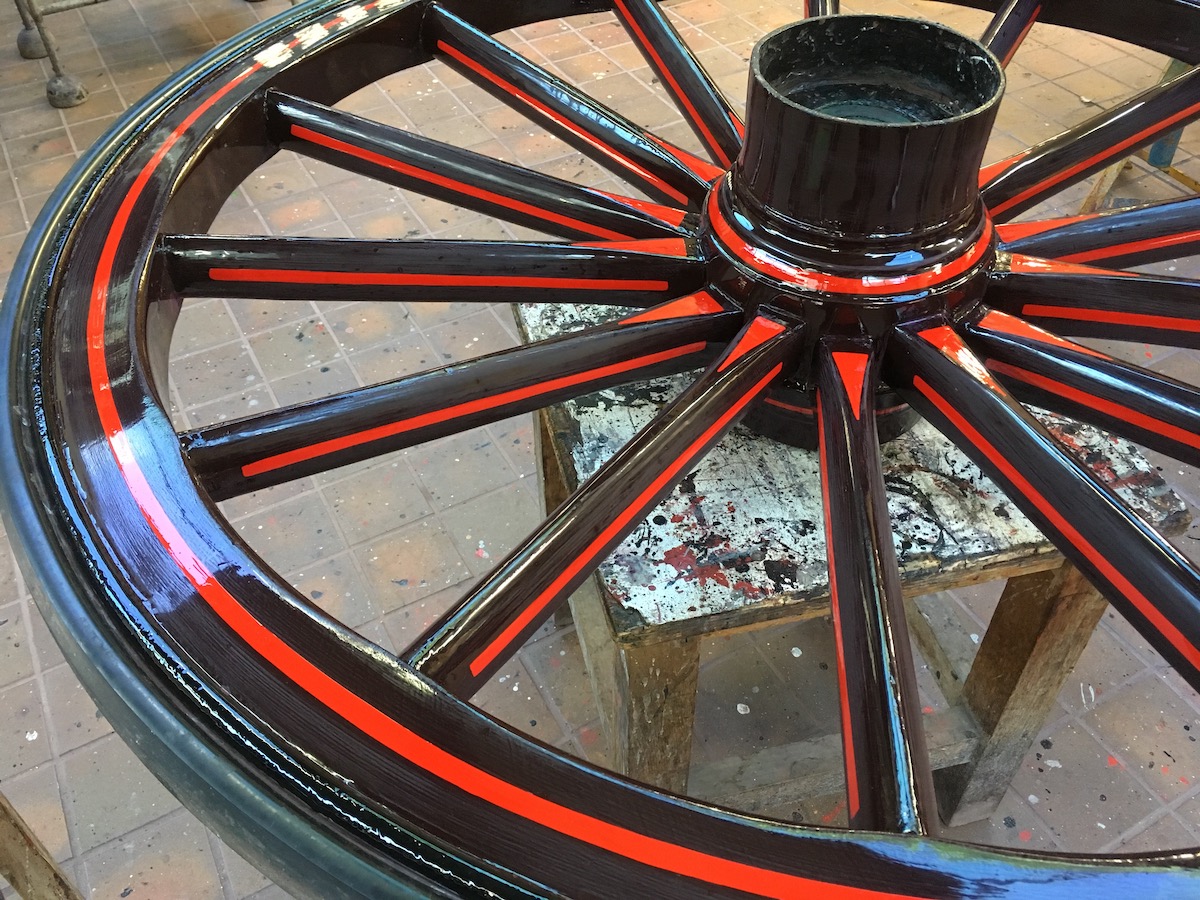 "As part of the pilot scheme, each Livery Company was able to create their own specialist framework," explains Jo. "There was, however, a lot of work involved in fine-tuning the frameworks so that they could be uploaded into OneFile, as every framework was different."

OneFile strives to stay ahead of the curve. To maintain its reputation for innovation – and to ensure its users get the best experience – it's put a whole host of features and functions in place to tackle the apprenticeship reforms. From recording off-the-job training to a portfolio showcase, OneFile is ready for the apprenticeship standards.

"The reporting features in OneFile are amazing," reports Jo. "Just a couple of clicks and the data is there. Everything is fully traceable and auditable. We upload and share resources from coursework, web links, and YouTube videos in shared folders. And the feedback feature really helps the users interact with each other."

London is an international city, and it's growing quickly – but at its heart are the traditional trades championed by the Livery Companies. Now, OneFile and LCAS are empowering young people to contribute to London's fast-paced future and uphold its traditional values.

"Apprenticeships give you a really good opportunity to train while you work, and you will be getting taught by some of the best in the trade," says Kirsty. "Enjoy the apprenticeship and all the experience you will gain!"

Our co-founders Chris Whalley and Susanna Lawson visited Buckingham Palace on 11th July 2017 to receive OneFile's Queen’s Award - from Her Majesty herself!